Send Us a Mail

Solar power in Africa has the potential to provide all of the world’s energy yet some 600 million people in Africa live without reliable access to electricity, according to the International Finance Corp, a division of the World Bank. Now, some of the world’s biggest energy companies are conducting projects to test the viability—and marketability—of solar-powered systems to provide electricity for lighting and other purposes in villages all over Africa.

Renewable energy companies hope to sell PV solar panels, batteries and solar energy generation systems to governments and nonprofits, which could use them to provide power to villages at a discount or for no charge. The systems cost less than it would to expand traditional power grids—offering a relatively swift, economical way to boost living standards.

South Africa already supports solar power with guarantees that the state-backed utility will buy the output of large-scale solar-energy plants at a favorable price. It also offers subsidies to homeowners who buy solar water-heating systems and the government is interested in similar programs for other solar power applications, including water pumps and lighting systems.

The IFC sees the potential for solar power companies to start racking up double-digit annual gains in sales of off-grid lighting systems by 2015. The market’s size will depend on the willingness of governments and nonprofits to invest on a larger scale in off-grid power systems 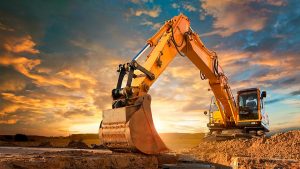